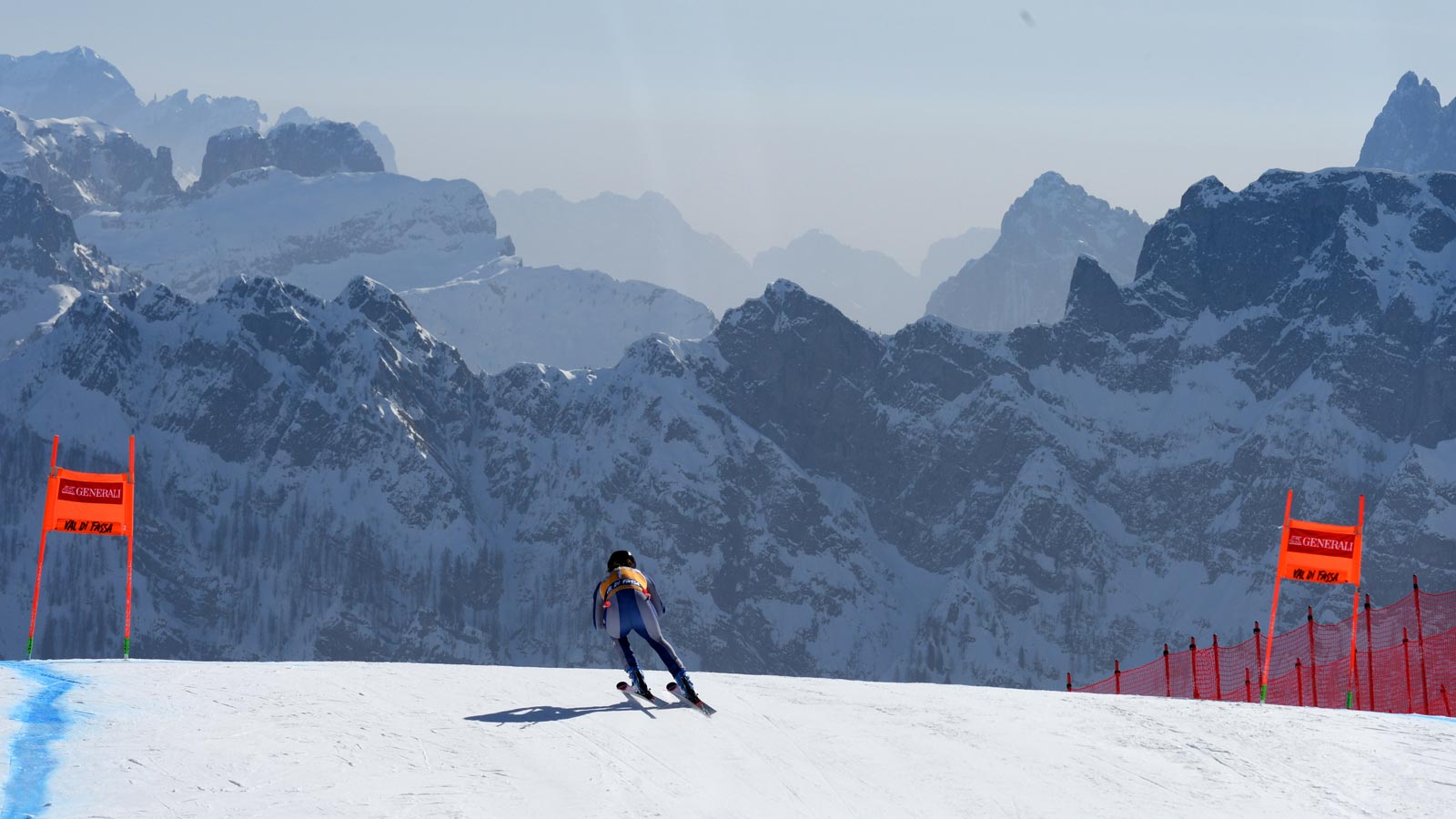 Col Margherita is an unmissable stop for sports lovers, a destination to be experienced all year round, on skis, in hiking boots or on a mountain bike.

During the winter, InAlto is the ideal starting point for those who love skiing. On the snow-covered slopes that descend to the valley from Col Margherita, the black slope of La Volata runs for 2,400 meters.

Protagonist of the Ski World Cup Val di Fassa, La VolatA offers 630 m of difference in height and walls with gradients of almost 50%. Equally beautiful and panoramic are the two red runs, Col Margherita and Col Margherita-Lago Cavia. Less demanding, but not less fascinating, is the route of the Le Caviette slope that goes down more gently for 3 km.

Those who love slow skiing can instead let themselves be carried away by the magical atmosphere of the Pista degli Innamorati (Lovers' Slope) that reaches Falcade. An itinerary that shows in all its beauty peaks such as Marmolada and Cime del Focobon, among woods dotted with characteristic wooden huts.

There are also many activities to do in the summer, starting with excursions on foot or by mountain bike, which can be viewed on the website www.passosanpellegrino.it. For lovers of e-bikes, InAlto offers two charging stations. Interesting, and reachable with a short walk, the Col Margherita Park, a theme park, designed and built in collaboration with the MUSE Museum of Science in Trento, which is divided into an easy path that tells the history and formation of the Dolomites. On the highest and most panoramic point of Col Margherita, at 2,550 meters, an interactive helm allows you to recognize the profiles of the Dolomite peaks that stand out all around.

Air as pure as the Arctic Circle: Col Margherita

Do you want to breathe the air of the Arctic Circle while staying in Italy? You can do it, at Col Margherita!
Right on Col Margherita, in one of the places on Earth where it is easiest to imagine Paradise, scientists from the National Research Council (CNR-IDPA) and Ca' Foscari University of Venice are studying the chemical composition of the atmosphere in order to assess the impact of human activities and climate change on the planet's most remote and uncontaminated environments. An activity that allows them to be constantly updated on the climatic conditions at the summit.

Newspaper or magazine articles about Col Margherita.
breakinglatest.news - Col Margherita's air quality similar to that of the polar circle